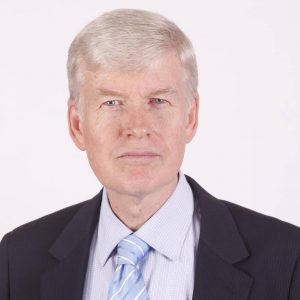 Keith Piper was the founding pastor of Liberty Baptist Church, Sydney in 1983 and has continued as the pastor for 36 years.

Pastor Piper, who was saved in 1965 by calling on Jesus Christ to save him from his sins, received a science degree with honours from Sydney University in organic chemistry in 1976 and is a qualified high school science teacher.

During Pastor Piper’s 36 years of pastoring, he has seen the Lord bless the church with growth. At the first service there were six people attending, but that number has grown so that approximately 200 people currently attend on a Sunday morning.

Keith Piper wrote the “Answers” book as an essential Christian worker’s handbook to help people understand and teach the Bible in a practical manner. This book was written for anyone interested in understanding or teaching the Bible. It consists of 396 chapters on subjects such as proofs of Christ and the Bible, evangelism, church, Christ’s second coming, discipleship, Christian living, false doctrines refuted, false religions refuted and many other interesting studies.

He has also written and published  ‘Understanding’ which Volume 2 of Answers, ‘Serious Omissions in the NIV Bible’, ‘Jesus Christ’s Life in Pictures’, ‘Established in the Faith’ and the ‘STOP’ gospel tract, which has been printed in 32 languages and distributed in many countries around the world.

Pastor Piper has ministered in India, Philippines, Kenya and Papua New Guinea where he has preached and distributed literature.

Pastor Piper is married to Tania and they have six children and fifteen grandchildren.